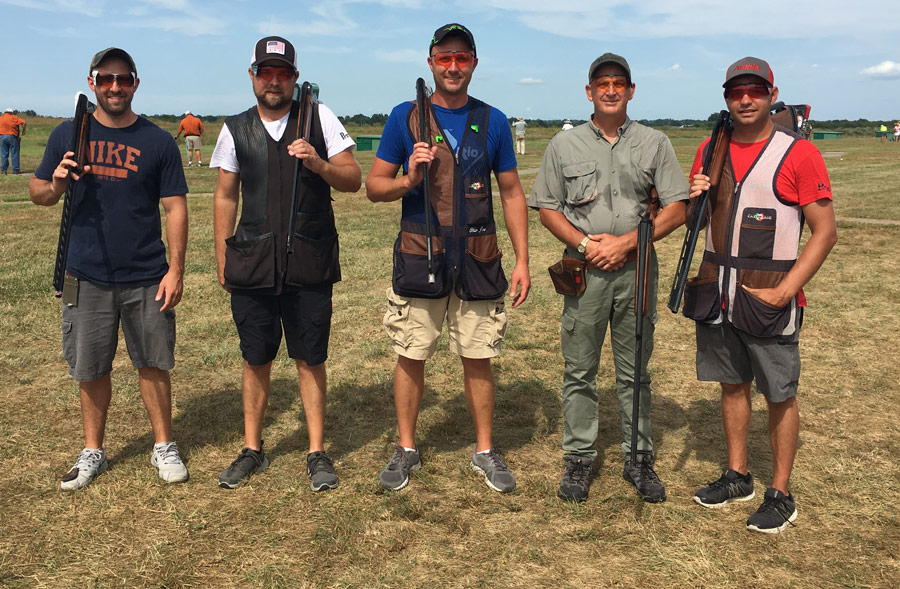 • AIM participation was up a total of 6.9%, with Doubles showing the largest increase at 14.7% and Handicap coming in second at an increase of 9.6%.

• Weather was summer-like with temperatures in the mid-80’s with light to very light breezes every day. No rain was evident in any events this year at both AIM and the Grand American.

• Dr. Scott Norris (IN) and Dale Stockdale (IA) fired at their 500,000 registered target during the tournament.

• Hall of Fame inductee Louie Morgan became the oldest member to break a 100x100 during the preliminary Doubles championship on Sunday, August 4th. The previous two days saw Kay Ohye (a few months younger than Louie) break two consecutive 100x100 in Doubles. Louie’s birthday is 3/21/1939 (80 years old), and he is about 8 weeks older than Kay Ohye.

• During the ATA Clay Target Championships, the states of Nebraska and Ohio tied for the state team championship at 995x1000 (each member shooting 200 targets). Nebraska won the trophy by a reverse score of 249x250.

• Joe Charnigo won the ATA Clay Target Championship with 350 extras in shoot off over two days. Joe also won the Blaser Handicap with a score of 99x100 (27) and a shoot off.

• Local shooter Bob Fritz won the Grand American Handicap with a 99x100 and a shoot off. Bob lives in Staunton, Illinois, about an hour north of Sparta.

• Young shooter Dillon Tosh from Tennessee won the ATA Doubles Championship with a perfect 100x100 and a shoot off.