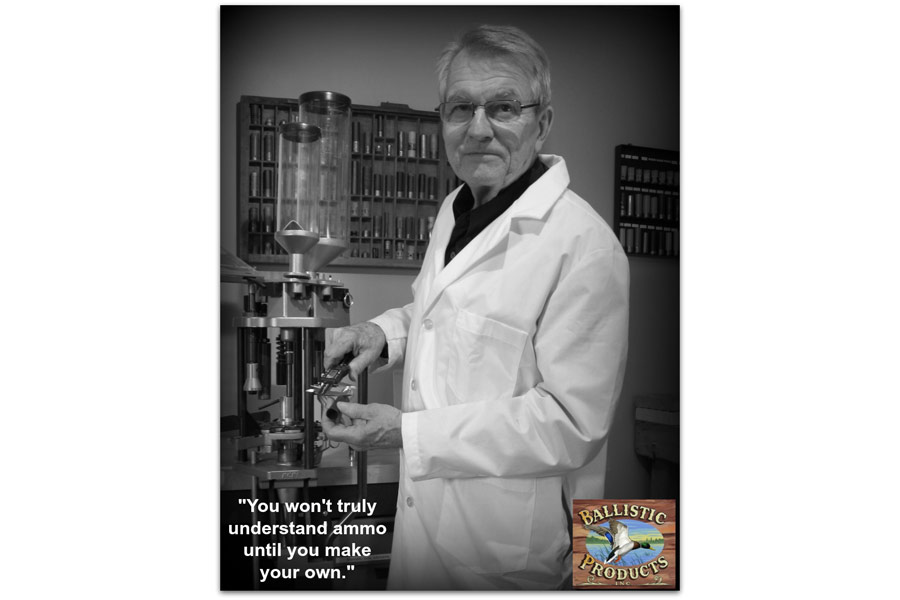 Dave Fackler, a.k.a. “The Curmudgeon”, founder of Ballistic Products, Inc. 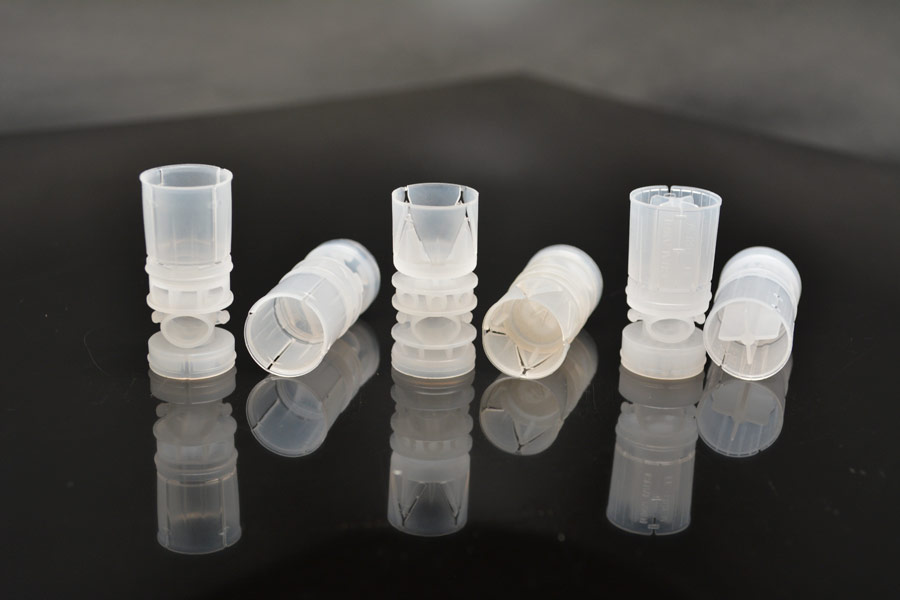 Transitioning from Clays to Game

When it comes to advice on crafting elite shotshell reloads for clays or bird shooting, trust a certified, credentialed curmudgeon.

We’re not talking just any salty old shotgunning crank here. Trust The Curmudgeon, a.k.a. Dave Fackler, a U.S. Navy veteran and main-frame systems engineer by trade and for decades one of wingshooting’s most uncompromising researchers in wringing maximum ballistic efficiency from handloaded shotshells.

“The Curmudgeon” handle came with Fackler’s notorious lack of patience with sloppy gun handling, bad manners on the target range, or in the field, a heavy hand with a gun dog. Ditto dangerous home-loading practices based on whimsy and tired orthodoxies baked into too many gun-range clubhouses.

It’s like this: If it ain’t based in safety, manners or hard data, then The Curmudgeon’s got no time for it…and neither do you. This column is an invitation to join him in a real-world tested mission to find the absolute best means for shooting our best with custom handloaded ammunition.

Please note The Curmudgeon would be the first to celebrate what may be the Golden Age of factory-produced shotshells. Certainly there are more high-performance (and “recreational”) options for the target competitor or bird hunter than ever before, particularly in 12 gauge.

Too often, though, shooters seem consumed with the gun, the gun, the gun. They pay a premium for elite handling properties, state-of-the-art mechanics, precise mating of bore to choke…and give far less thought to the fodder feeding that great gun. Too often, they end up buying the cheapest cartridge that goes bang.

Obviously, the gun is only part of the equation. Testing from his independent laboratory and building his Ballistic Products business around state-of-the-art shotshell technology, The Curmudgeon has made his bones and staked his considerable reputation to improving the lot of the dedicated home loader.

Savvy shooters get it. Performance reloading isn’t just about perceived cost savings, the sustainability of reusing carefully maintained spent hulls or even the appeal for people who enjoy crafting something of value with their own hands. Thoughtful reloading provides deep background in how best to get a lethal charge of shot into the path of a flying object.

“You won’t truly understand ammo,” The Curmudgeon insists, “until you start making your own.”

For The Curmudgeon, himself an avid bird hunter, handloading also means making connections between loads that bag medals on the podium and game for the table. Shooters establish a comfort and confidence level, a rhythm, if you will, with select ammunition. Why not take that practiced performance into the game fields? Below is a line-up of recipes for the well-tempered 12-gauge shotgun, crafted with the same components that win in the clays games, that translate beautifully into the hunting season.

From trap and racing-away sporting clays targets comes one of The Curmudgeon’s pet “chasing” loads utilizing the GBP Competition Special wad and 1-1/8 ounce of lead shot. Testing shows handloaders can rely on a consistent velocity of 1,200 f.p.s. (PSI: 8,200) in a Fiocchi 2¾" hull. The charge is 21.0 grains of Hodgdon International powder and a Fiocchi 616 primer.

The Competition Special wad features an intricate three-level cushioning system that assists in energy absorption and consistent gas sealing. The results are a focused, shot-driving pattern, especially in the smaller shot sizes, a revelation on smaller gamebirds speeding away at some distance.

Pheasants, particularly birds pushed on drive-and-post scenarios, lifted over rangier flushing dogs or jumped as late-season survivors obviously warrant larger shot and a few performance tweaks to enhance overall lethality. For that application, The Curmudgeon will juice velocity in this Competition Special load by opting for a slightly slower burn rate powder, Hodgdon Universal. The charge of 26.0 grains of Universal produces for 1,310 f.p.s. and 9,300 PSI. Speed kills, and in a balanced load, adds more kinetic energy to the pellet payload.

The Curmudgeon wrote the definitive Ballistic Products' manual on reloading for renegade open country roosters (“Prairie Pheasant: Loads for the Toughest of Birds”). He advocates using buffer to tighten patterns in larger shot sizes of #4s through #6, especially when nickel-plated shot is used (For the hair-splitting faithful, European sizing standards offer a greater array of sizes, which also includes 5½ and 6½ size shot.). Nickel-plated shot is initially plated with copper for adhesion, then plated again with a heavy coating of nickel. The idea here is that nickel creates a less-porous surface for superb penetration capabilities. Tested with BPI’s Original Buffer, this combination protects pellet deformity for more even patterns downrange, a practical advantage on late-season pheasants that sometimes seem to sport chain mail under that gaudy feathering.

The 18.0 grains of Hodgdon Clays powder and a Cheddite-209 wrapped in a 2¾" Cheddite hull shape a tidy peripheral pattern edge within the standard 1,200 f.p.s. velocity, a subtle but potentially potent assist on crossing birds. Elie Zarife, main man at Challenger Ammunition and Canada’s flamboyant former national skeet champion, loves this load configuration, perfect on game at ranges under 35 yards.

For those gunners with a need for more speed, The Curmudgeon’s lab has birthed a second Piston Skeet number using an ounce of shot and 23.0 grains of Hodgdon International for velocities at 1,315 f.p.s. (PSI 8,900). Given the shorter intended range, buffer doesn’t do much for this particular load, but if conditions warrant, The Curmudgeon still substitutes appropriately sized plated shot for added performance, especially in heavy cover.

Sporting clays target setters love to mix in “up close and personal targets.” Think tight viewing windows, maybe birds flashing a fair bit of vulnerable underbelly, sometimes a slow, tantalizing floater that we…are…certain…we…just…can’t…miss...until we do! Some shooters cut corners for short-range work, digging cheap “promotional” cartridges from the darker corners of their shooting bags. The hope is that the softer-shot used in these loads will deform and spread wider, albeit often patchy, target coverage just off the gun muzzle.

A far-better option is a custom “spreader” load, not just for clays up in our grill, but for tight-sitting gamebirds (think early season woodcock or clueless hunt club birds set too deeply in thick cover). Quality spreader loads are also the remedy when a favorite vintage shotgun sports fixed chokes at a disadvantage in closer hunting scenarios.

The Curmudgeon has cooked up a devastating offering built around the ingenious Dispersor-X Short wad. This wad’s molded x-core sections the pellet payload and drives shot to the perimeter of the pattern, blanketing the target area at intended ranges.

The Dispersor-X Short wad is loaded inside a Fiocchi 2¾" hull fueled by one of Fiocchi’s 616 primers igniting 20.0 grains of IMR Green powder. The Curmudgeon uses a fold crimp with this particular loading, closed securely over an overshot card. Tested velocities come in at 1,200 f.p.s. (8,400 PSI).

A tarted-up spreader game load could utilize nickel-plated shot, but The Curmudgeon prefers no larger than European #7 or shot for this load configuration in order to maintain pattern density. The tweak is a roll crimp finish atop a clear overshot disk. The heavier compression against the internal spreader device will enhance the peripheral portion of the pattern, critical if using plated shot.

For this design, the charge of IMR Green powder is upped from 20.0 to 23.0 grains for a rousing velocity of 1,325 f.p.s. (10,400 PSI). The Clear Overshot Disk and roll crimp also provide a helpful visual identification key for the field shooter.

Want to ignite a full-tilt Curmudgeonly Tirade? Puree a game bird by shooting too quickly or misusing a tighter patterning load. Squandering a good piece of dog work, not to mention a precious wildfowl resource, is less likely with more thoughtful shotshell selection.

Top-of-the-podium clays competitors as well as responsible field shooters understand that choosing the best shotgun round, be it commercial or handload, is a “horses for courses” proposition. Why not enhance your shooting success with purpose-built loads hand-rolled with The Curmudgeon in your corner?

NOTE: For further reading into other gauges and other performance loading options, take a look at BPI’s manual High Performance for Clays, which can assist you with over 1,500 loads in five different gauges. SS

“The Curmudgeon,” Dave Fackler, is the founder of Ballistic Products, Inc., and an industry icon in educating and supplying the home loader in search of an edge. Dave is a 2017 inductee to the Minnesota Waterfowl Association’s Hall of Fame for research and development of high-performance shotshells.

Randy Lawrence is a lifelong wingshooter and gun dog enthusiast. His writing on clays shooting and game gunning has been published in numerous sporting publications and anthologies.

CAUTION:
Read the notice and disclaimer on page 4 of this magazine. Always consult comprehensive reference manuals and bulletins for details of proper training, requirements, and procedures, techniques and safety precautions before attempting any similar activity.

NOTE:
Pressures are often listed as "p.s.i." or "l.u.p." values. You may find different pressures listed for the same load in different handloading manuals. They are not the same. In general, p.s.i. values will be about 1,000 units higher than l.u.p. values. This applies to lead-shot loads only. There are often considerable differences between the p.s.i. and l.u.p. values with steel-shot loads. Also remember there can be differences in how loads act in various test guns and equipment that can also affect these readings and the values published.