Mental Training > If The Shoe Fits 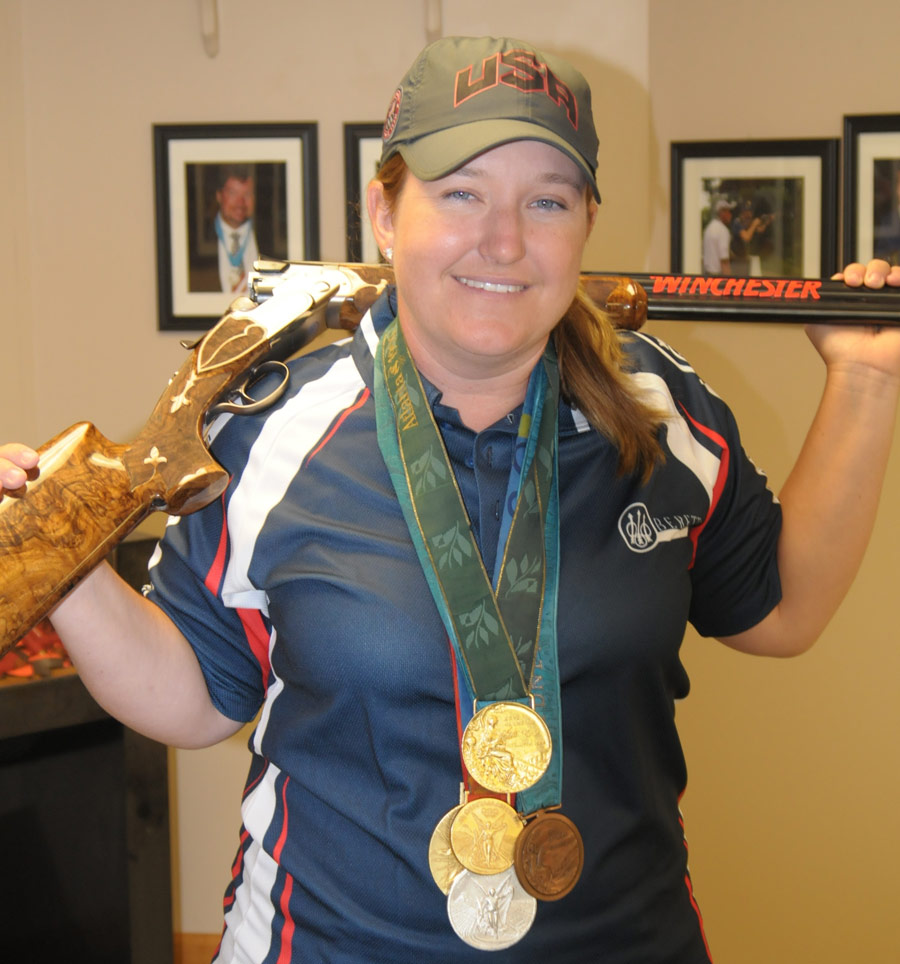 Mental Training > If The Shoe Fits

I’ve started shooting sporting clays on a regular basis with my friend Dave, and the first thing I found out is Dave is a much better shot than I am. As I mentioned in another article, we are mostly shooting to perfect various shots and not keeping score, but it is hard not to notice his level of skill. Dave is much more comfortable shooting most targets, and I asked him why he thought this was happening. “My gun,” he said. “It’s like a part of me.”

Dave shoots a Beretta A390 and has had it for years. I shoot a much newer Browning 725 Sporting I just had fitted to me recently. It has all the bells and whistles which means it should shoot better than Dave’s Beretta, but instead it presents a problem for me because I am still trying to make it mine.

I had the gun fitted to me by Frank Vallone of Sycamore Hill Designs a while back, and I recently brought it in for an adjustment. While we were talking, I mentioned he had some very old screwdrivers. “The only time I change my tools is if they are broken or I outperform them,” he told me. This got me to thinking about Dave and his gun.

Modern shotguns are miracles of design and utility. When I compare them to my dad’s Model 12, they seem light years ahead in every way. But shooters scored perfectly with these older guns in the past which made me think I had to look beyond just the gun.

Shotgun sports have had a gradual introduction of new technology over time. This includes more ergonomic designs, newer chokes, the addition of adjustments and so forth. My shotgun, for example, has an adjustable comb (although I still had to get Frank to change the length of pull).

The result is it is easier to get a shotgun that will fit you and allow you to adjust it as needed.

But changing to newer technology has a price.

In some sports there are limits to the technology allowed. Golf is notorious for limits on the performance of clubs and balls because the powers that be think some changes offer too much help to the golfer. In shotgun sports the rules vary quite a bit — you can’t use a release trigger in Olympic trap and skeet, for example — but there has not been a game-changing concern for most of the technology we see over time.

Yet there are significant differences over the years, and they are there for a reason. While the rules are not viewing the changes as vital, they do have important effects on the shooter.

Once a shotgun is fitted and used for a while, the settings are usually “set and forget” for most shooters. It is a well-known phenomenon that shooters who constantly fiddle with their guns or go from one to the other trying to find the Holy Grail usually end up not doing as well. This is due to a lack of adaptation to the shotgun, mostly because the shooter does not have enough time with the gun.

Newer shotguns are more ergonomic and/or have more adjustments available to the shooter. Not all guns have these adjustments, of course, but there are many more choices available these days, and a shooter who is diligent can find the right gun. No matter what gun you get, it will not be perfectly fit to you. On the other hand, most shooters don’t know what a perfect fit is like. This is because a “perfect fit” is a misnomer. You have to adapt to the gun as much as it is adapted to you. (You need as good a fit as possible, of course.)

One of the basics of shotgun shooting is a good mount. This means body alignment, cheek weld and eye placement have to be the same each time you mount the shotgun if you want to be consistent. All of your other shooting skills depend on this one factor and learning to develop those skills depends on a reproducible mount.

A well-fitting shotgun helps quite a lot because it eliminates pain and puts the gun exactly where you want it, but you still have to have enough repetitions down to make sure your relationship with the gun is the same every time. This requires practice and a series of micro-adjustments that gradually become second nature every time you shoot. Many shooters will rebuild their guns rather than buy a new one because they don’t want to adapt again.

The reason for this is every gun has limitations. Musicians will tell you even though they found “the one”, the instrument that called to them, they know they have to play to the strengths of the instrument and not expect it to do everything well. Once they know them, they don’t want to have to rediscover them in a newer instrument unless it offers a lot more to them.

Most musicians are not able to fully exploit their instruments, or worse, blame the instrument for their shortcomings if they seem to sound bad. In reality, people quarrel with their tools, and that quarrel has to be resolved. Resolution is not just a great fit, it is forming a relationship that helps solve problems and lasts.

Sometimes the right answer is to get a new shotgun, and there are plenty of instances where a shooter does much better with a new gun. So what is the right thing to do? And why is this important for mental training?

The first thing to do with a new gun is to make sure your gun fits. It should feel natural and balanced, something that may only come after a while, but it should also give you the confidence you need to shoot. While this does not sound very scientific, if a shotgun feels good to you, the likelihood it will be good for you is high, and the chance you can make it even better is very high.

There is some science behind this notion. As you become more expert in shooting, the more it seems to work because you have more automatic answers to various problems that come up and your answers are more efficient and accurate. Studies have shown highly trained experts have the ability to follow their gut and come up with better solutions than lesser-trained persons who only follow rules.

One of those things experts are good at is based on how your body responds to a problem. In this case, is a shotgun suited or not? This in turn gives you more confidence and the ability to respond positively to any adjustments that have to be made to the gun to further increase its efficiency.

At some point, you will probably find a gun that feels right and can fit well. Just look around, and you will see this has happened to many shooters.

When you get that special new gun, several things happen. First is a period of change which may mean de-skilling — adapting to the gun’s features so you don’t have to do any extra things you did with your old gun to make it work well — and re-skilling which is learning to adapt to the superior features of your new gun with new or altered skills to maximize what the gun gives you. (These are terms that those who study the effects of technology on sports use.)

Both of these things can happen at the same time and are usually what shooters do to adapt to a new gun. In the case of the perfect fit, it is almost automatic because of both the increase in positive feeling related to a new gun and the effects of the gun itself which may have positive ergonomics. This helps the rewiring of your brain because by virtue of the pleasure you get from shooting a well-fitting gun, the process is faster and the adaptation can occur seamlessly.

Second, as time goes on, there are numerous little changes that occur because you start to notice how things are happening in much greater detail and are able to find solutions that enhance your shooting. For experienced shooters, this happens faster and the answers will almost always make your shooting better. At the very least, your gun will not be the problem.

Shooters often see their gun as an animate object they can relate to. They may name their favorite gun or, at the very least, find pleasure in handling it. This may sound a little weird, but it is actually a reflection of how much less stress they have because they can trust their shotgun to perform. Building this relationship takes time and has to be nurtured once it starts.

From a physical and mental standpoint, it is very important for a competitive shooter to have confidence in a well-fitted shotgun and it helps to have every advantage a shotgun can give you because it means fewer things to deal with once you have adapted to the gun. If the shotgun makes you happy, it follows you will be less stressed when you practice and have more opportunities to do well in competition as a result.

Kim Rhode shot the same Perazzi MX-12 for 18 years until it was stolen from her in 2008. She first had that gun when she was 11 years old. She probably put a million rounds through it. According to an ESPN report, it took nine months for a new custom gun to be made and fitted. In that interview, she talked very fondly about her old gun but said she had moved on to a gun with more technology that worked even better for her, a Beretta DT11.

An accomplished, elite shooter such as Kim will be more meticulous and demanding when it comes to a new shotgun. As a shooter progresses and learns more about their gun and what it takes for them to shoot well, changing guns is not unusual. The trick is to make sure the change is for a reason that reflects your needs and that the new gun is a better fit in many ways.

If that happens, it is a positive mental happening in addition to being a very practical move. SS