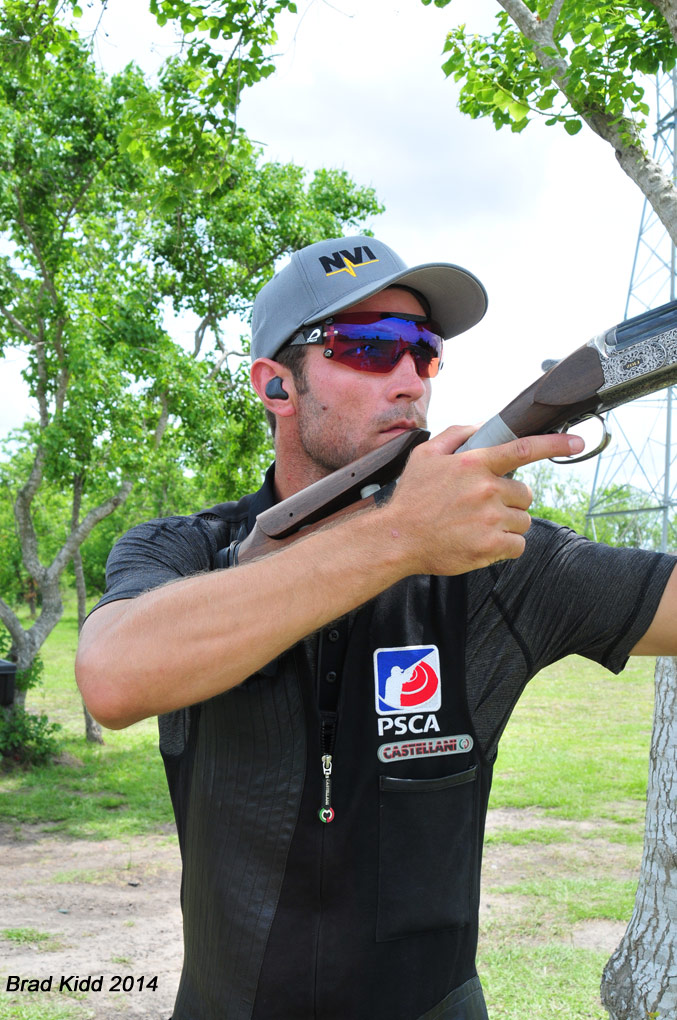 My wife and I recently moved to Victor, New York, a town south of Rochester near several gun clubs. This is very important to me because as most of you know, New York state is not particularly gun friendly — it takes a year to get a pistol permit. But in this part of New York, there are a lot of shotgun shooters and I feel very welcome.

As soon as we moved, several things happened in a short period of time. My wife and I joined the Canandaigua Sportsman’s Club, I had my Browning Sporting Clays shotgun fitted by a Frank Vallone of Sycamore Hill Designs in Victor and I started shooting on a regular basis. I hadn’t shot sporting clays in a long time, so I forgot how much fun it is.

I stopped shooting competitively a long time ago. Since I am pushing 75 years old these days, I have no plans to do so. However, as soon as I got on the sporting course at Canandaigua, those competitive urges came back and it got me to thinking, “Is it possible?”

The practical answer is “No.” I don’t have the time, the physical stamina or the eyesight to do what I used to do (mainly with pistol) or keep up with my training in order to win. In spite of my age and its consequences, I still want to win, so I just have to change the parameters of what that means.

Sporting clays is a group sport. At the very least, you have to have someone push the buttons on the traps in order to make your shot. The group I shoot with are very friendly but you know deep down if you start to do well, they are pushed to improve and focus more.

This is a good thing.

My biggest problem is time seems to have eroded my skill set. Initially, I did okay, but found I was critiquing my shooting partners techniques and realizing I not only was doing the same things but switching my mistakes around so I made a different one each time I shot.

Part of this was due to gun fit. My length of pull (LOP) was too long, resulting in hurt cheekbones and an inconsistent mount. After a thorough evaluation, Frank Vallone cut down my stock to where my mount was much more comfortable and consistent. Problem solved.

My problems are compounded by several factors.

First, I don’t have the time to practice the basics on a live course. I can mount my gun at home, and I can visualize targets. The other basics, looking at the target and following through, are harder to practice by visualizing unless you have more experience with the actual circumstances. (If you have read my columns regularly, you know that visualization is limited by how much live visualization experience you have actually done. The more you do it live, the more effective visualization is.) My once-a-week outing is probably not enough to be the basis of a rapid amount of improvement.

Second, I can’t afford a coach these days mostly because I don’t have the time to take lessons. (The problem with being retired is you can’t take a day off.) My shooting companions are helpful (one is an instructor) and will video me shooting if I ask, but I can’t rely on them to be there all the time. Nonetheless, it is a bonus.

Third, renewing my love of sporting clays means I am not a total novice to the sport, I’m just rusty. I know the basics and, while I have to have them down in a solid fashion, just practicing them by themselves in isolation will not help.

These three factors are common to many who are re-discovering how much fun shotgun shooting is and crucial to my approach of wanting to do well while having fun. It turns out there is a lot of research into how people re-learn and regain patterns when they start up an old motor skill.

Scientists have been exploring something called the “Contextual Interference Effect” (CIE) for over 30 years. The name is confusing gobbledegook because it implies it only interferes with learning. Basically it means the context in which you practice has an effect on the retention of a skill.

We all know a skill is acquired through progressive and long repetitive training. We store these skills, and they become unconscious after a while as we become more expert at what we are doing. However, if we fail to continue using the skills, they diminish, and we have to find a way to replenish them when we start over. Most of the time we just confront the problem and start practicing again.

Learning a new skill and renewing one are two completely different things. That old saw about riding a bicycle is absolutely true. Unless we have a significant physical condition, many skills can be started over, and we can expect to be capable very quickly. This is because if we did well in the past with a set of skills, the basics often remain. It’s the parts of the skills that are not basic that require more attention.

In shotgun shooting there are three basics: a good mount, watching the target and following through. Each one is easy to understand and fairly easy to do. They are so easy many of us just assume we are able to use these skills regularly and consistently when we restart. They only have one dimension — you are either doing it or not — they are called simple tasks. Simple tasks can be learned in a specific way which assures you are only practicing that task, called “blocked practice” because it eliminates any distractions until the task is learned. Once learned and internalized, there is no reason to deviate from it, as it is considered an essential task.

But what happens if you have to put all three together? Then it becomes a much more complex task because it requires higher cognitive skills to integrate them in a consistent manner. This is both the reason why basics have to be practiced and why what seems to be basic is often a problem when a shooter tries to hit a target. The context in which you learn complex tasks becomes a factor that helps determine both the efficacy of the task and ability to optimize it and use it effectively. This is what CIE is all about.

In the past 30 years, scientists have found most adults learn new tasks in one of three ways: blocked practice, in which a person makes a number of attempts at learning a task before moving on to the next pre-determined task, random practice in which there is no pre-determined rules or standards for practice and “learner-adapted” practice in which the tasks might be random but the student only moves on after the task goals have been met (also known as win/shift, lose/stay).

What is clear is a) simple tasks are best learned in a blocked practice pattern, and b) the best practice pattern for retention of a skill is the learner-adapted one. Everyone, it seems, improves with practicing, but retention and level of improvement vary with how you practice.

The reasons for this appears to be that simple tasks are a matter of repetition until they are automatic and, since they have only one way to do them, once they are there, they are there. Every other task is dependent on more than one factor, and there has to be built in flexibility if it is to be successful due to the multiple ways such a task might go depending on all the other influences.

It turns out students in the learner-adapted group are more likely to see the use of a skill in the context it is needed. The random schedule required more cognitive ability to perform the task, while in a blocked practice schedule, the task was both obvious and much simpler because you are told exactly what to do. By adding the rule that you had to be successful at a task before moving on, a student learns to evaluate what to do while taking in a lot more of the environment. In a blocked system, it was always just learning by the rules and disregarding any other factors that could affect the outcome.

Learner-adapted practice requires much more cognitive input while allowing for successful completion of the task, partly because the student has to figure it out from several viewpoints and not just rely on the “rules.”

So where does that leave me in my desire to get better with all my restrictions? Sporting clays offers the perfect learner-adapted platform because no two courses are the same, and you are offered several choices in how the targets are shown. In addition, the targets are not duplicates, as conditions vary from shot to shot. As long as my partners are willing, I pay for 100 targets and shoot 100 targets but don’t need to keep score. Instead, I look at improving my performance and shoot to learn how to make shots. This may mean only going to a few stands (5-Stand is actually better for this, but there is always a line at our club) and working with the targets offered. Since I go on a weekday when there are few shooters, I don’t interfere with others and am able to find a way to get better while taking my time. So far it has worked for me, and I am still having fun, fun, fun. SS