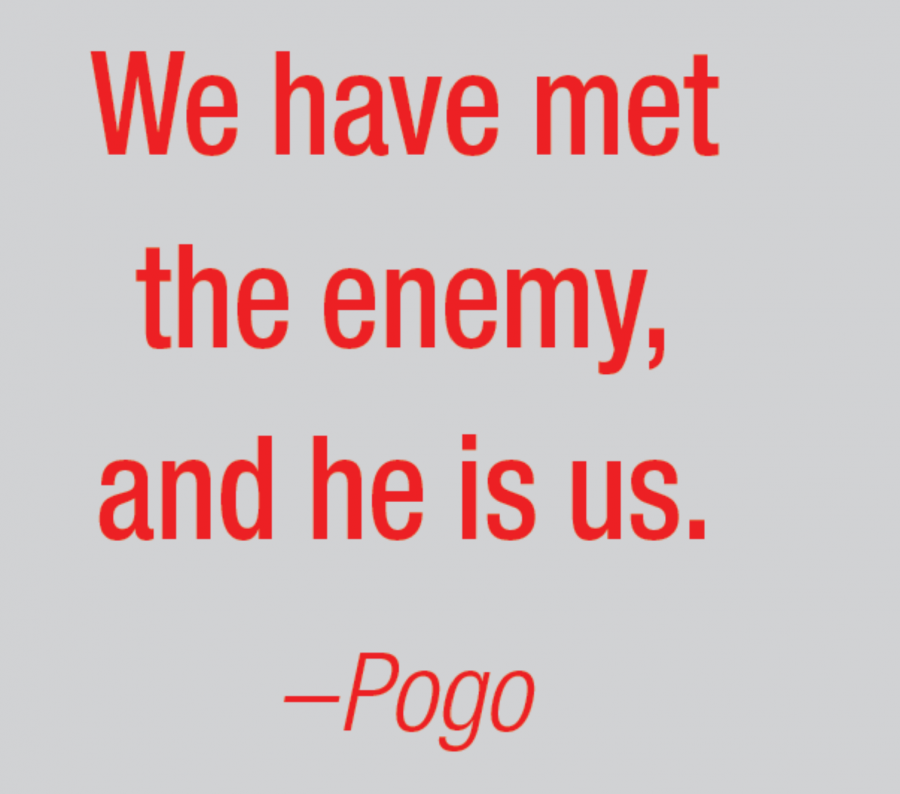 According to one source, there are over 8,000 competitive sports defined as activities that require physical activity and are competitive. Of these, a number have players that don’t directly oppose one another but they all play at the same time to the same set of rules. Among those sports are golf, archery, equestrian sports and shooting.

In many respects, sports of this nature are a peculiar hybrid. Some are scored by the judges while sports like shooting have readily definable ways of seeing who wins and who loses (or ties). What they don’t have is someone whose job is to win by making sure you don’t.

But is it really true there is no opposition?

In a real sense, it is true, but anyone who has competed in a shotgun match will tell you there is something out there that seems to want you to lose. That someone, as Pogo says, is you.

The main culprit is match stress. Entering a match means you are at the mercy of a number of well-known forces. These include social stresses, problems dealing with the unknown future and your mental and physical skills. Unlike a lot of practice regimens, competition puts the shooter into an environment both familiar and peculiar to the immediate here-and-now that can surprise even the best-prepared shooter.

Sports such as shooting or golf are often characterized as dealing with your own strengths and weaknesses. The implication is if you can just get better, you will compete at a higher level. The problem with such advice is that a) “getting better” usually refers to getting a better score, not a better performance and b) the underlying issues causing the stress for this kind of competition is never addressed.

One of the main differences between sports that have opposition and those who don’t is that winning relies, to some extent, on how you react to your opponent. The skill, training, endurance, etc. of the opponent effectively narrows the responses you have and if your responses are inadequate, you lose. While you have your own set of skills to bring, you are not the only one who has a say in the game.

Sports like shotgun shooting are much more shaped by the rules of the game. Your score depends on your ability to hit the target. While presentation and a few environmental vagaries have some influence, mostly it is up to you to shoot the target. There are limits to the number of possibilities that can occur in a target presentation, and games like skeet try to limit them as much as possible.

So, it is easy, right? You should just be able to shoot your average every time and place accordingly.

That, of course, is not what happens.

Just because you can’t see an opponent doesn’t mean there isn’t one. The meme that you are competing with yourself is very true, but it is not that simple. Competition upsets one of the primary balancing acts in the human brain.

Putting it simply, we all grow up in a social community that is based on some sort of hierarchy. From the beginning of our lives we interact with others and learn to estimate where and how we fit in. There are rules, often unwritten, that we learn to navigate this social environment and teach us how to move in and out of the various parts. The most optimal place is also the most stress-free place. When we change, there are rules we can follow to do so and we can predict the amount of stress we have to endure.

This means we automatically make choices about our roles with others based on our prior experience and moral compasses. Not that we don’t strive; we all do and many of us reach new heights and goals in the process, but when this happens, there is always a driving force. Most of us only have to make those kinds of decisions a few times in our life.

My friend Dave and I shoot every week at our local sporting clays course. We have a lot of fun, talk about things and even compete a little. But we never keep score, and we don’t follow the rules for each station because we are just there to socialize and have fun. I look forward to each session, and we have only missed shooting together a few times since we started. We are not competing.

We are competitive, however, and there is a difference. We can’t seem to help it and therein lies one of the reasons why shooting in competitions engenders stress. Dave and I will challenge each other, but we don’t keep score. It is part of our socialization.

On the other hand, straightforward competition is not a very social act, especially when it is isolated from the rest of our lives.

To give an example: I am a commissioner for our local fire district. It is an elected position, and I was recently re-elected to a five-year term. The election made me very anxious to the point that I gave a small speech at the last meeting telling the other commissioners how much I appreciated working with them and how this may have been the only time I could tell them that because I might lose the election.

They started smiling because I was running unopposed. There was no way I would lose, yet my brain told me there was a possibility it could happen and no amount of logic could sway these fears.

The combination of wanting social acceptance, wanting to win (which means someone else lost), the nature of hierarchy in social situations, the odd chance I could lose to a write-in candidate and the kind of exposure that being in a public competition brings caused my brain to start to have automatic thoughts I would lose. No logic need apply.

This is what happens in non-opposed competition. You don’t have someone playing defense to help you concentrate on your game and predict what could happen. You just have those other factors present, and they often mess with your brain.

So how do people overcome this kind of problem?

The answer is no mystery. Deliberate focused practice, skill building including physical and mental tools, experience in competition and planning are all part of the process of overcoming match stress. Using a coach to help you deal with all the noise in the domain helps a lot, and you have to do a lot of work. Having talent is a must if you want to do very well, but most people have enough talent to compete at some level.

Do all that and you should improve. In some respects, this means you are overcoming your shortcomings by diminishing the effects of match stress and the brain glitch/social dilemma mentioned above.

One thing you really need to do is keep track of how you are doing.

The powers that be in shotgun sports try to help shooters evaluate where they are by assigning them to various class designations. Classes allow you to compete with similarly adept shooters for prizes and are a broad indicator of where you are in your journey towards perfection.

Classes also tell the shooter the real limit in a match is set by perfection. You need a near-perfect performance to achieve a perfect score. In order to improve, you need to know where you are.

The problem is class structures are not very helpful for determining your performance level because individuals are not machines and are more likely to have a range of responses to a match rather than fit into a set of numbers. As a result, the rules set by most organizing bodies for shotgun sports don’t tell you about your personal improvement, rather they acknowledge it after the fact. Part of improving is knowing where you are.

As we progress, several things happen. Shooters at every level have a range of responses to competition usually expressed as performance, but recorded as scores. A beginner at trap might shoot a 10/25 one day and an 18/25 on another day, showing a wide range of possible scores due to inconsistent performance. In contrast, an expert shooter will vary one or two targets each time they shoot as they are constrained by the upper limit of scoring. These ranges can help predict where you will finish but they don’t always reflect performance or skill, especially at the beginning and expert ends of the scale.

Becoming an expert in competition means you are able to concentrate more on shooting skills and in dealing with the automatic thoughts that come. It means isolating yourself from the social part of shooting while you shoot and improving your ability to deal with upsetting the social balance that a match brings. Most of the time this is achieved by having the skills and training to be able to bypass the non-logical aspects of competition and becoming a more consistent performer. This means your range will narrow because of the above-mentioned limits.

But score is not the end of performance improvement. As shooters get better, the range gets smaller until it is nearly at the limit. Just looking at your score will not help you predict your performance or correlate with your place in a match if there are a number of other shooters with the same classification. At this point, your consistency in matches and your own confidence in your training will be a much better indicator, especially in shoot-offs.

This is the difference in how shooters at various levels deal with the factors present when you don’t have an opponent. Better shooters learn to focus by understanding the underlying issues of automatic negative thinking and acknowledge it occurs. This gives them the license to either ignore those thoughts or substitute positive ones during the crucial seconds of the match when they shoot. The result is a better performance.

These mental techniques are not hard to learn but you have to practice them, and you have to experience losing in a match to make them more important. Once you do this, you gain the advantage of dealing with an opponent who is predictable and can be defeated.

That enemy is us. SS 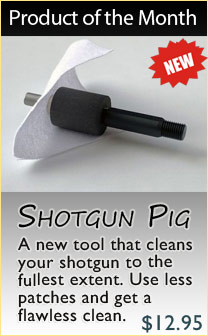