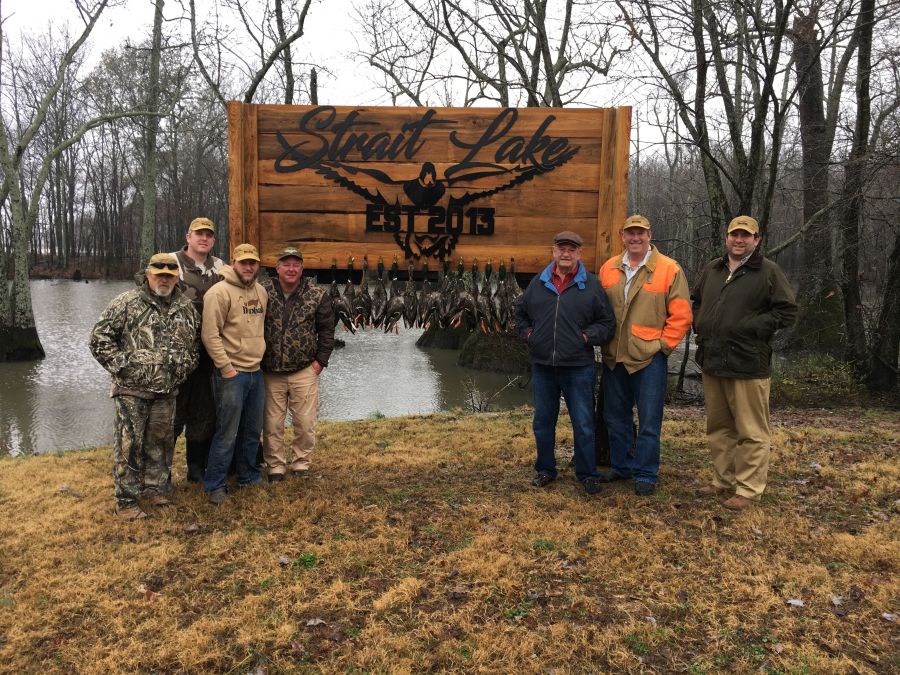 A waterfowler's dream camp to be sure — Strait Lake, Arkansas. If you can't get it done here, you need to work harder. 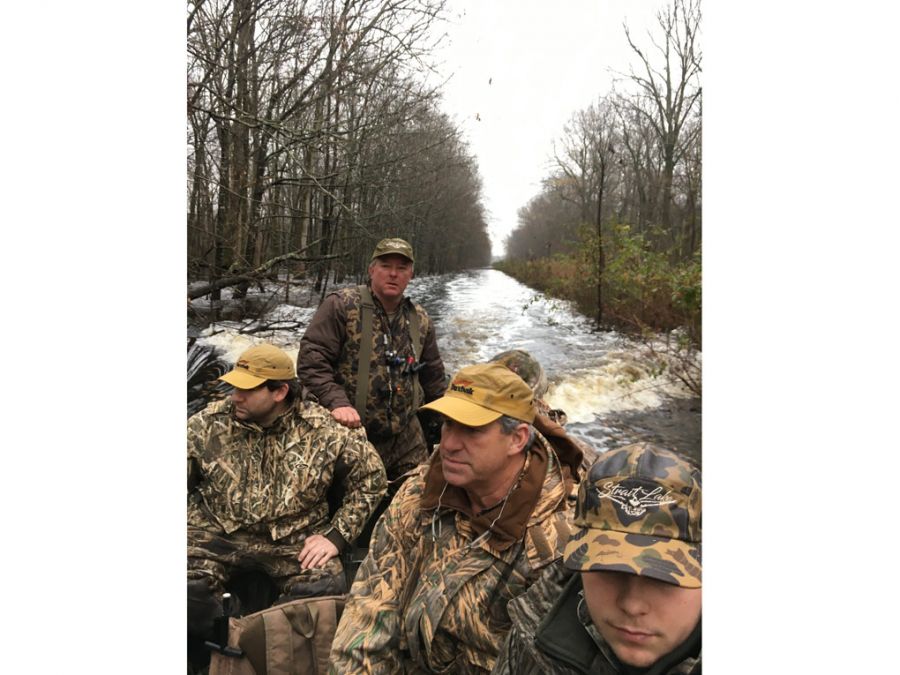 Running the dredged channels into the timber holes for ducks. 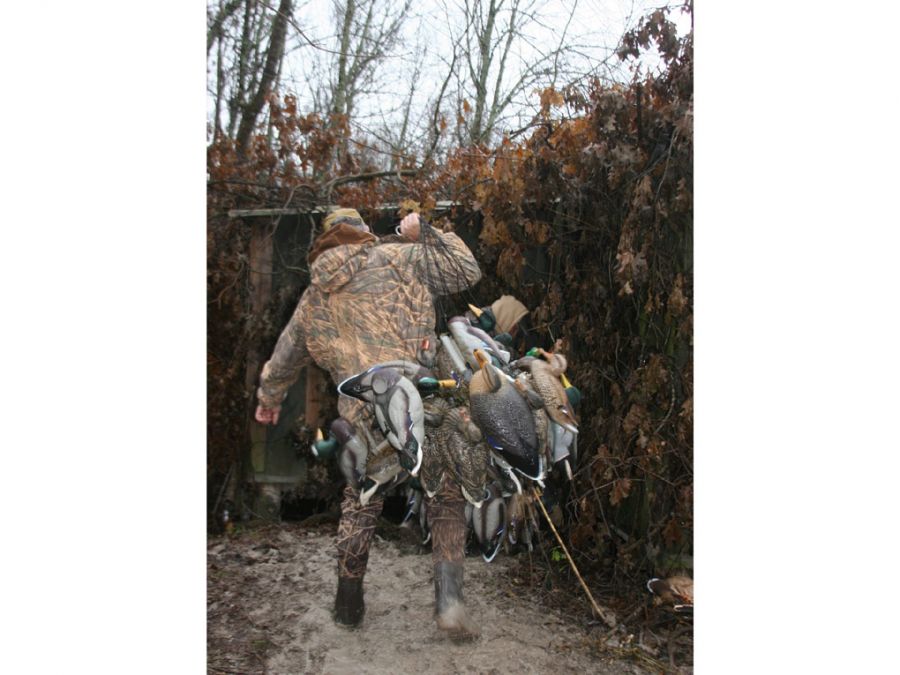 Just a few decoys out of the hole. Just shoot half the day and then let the ducks rest. 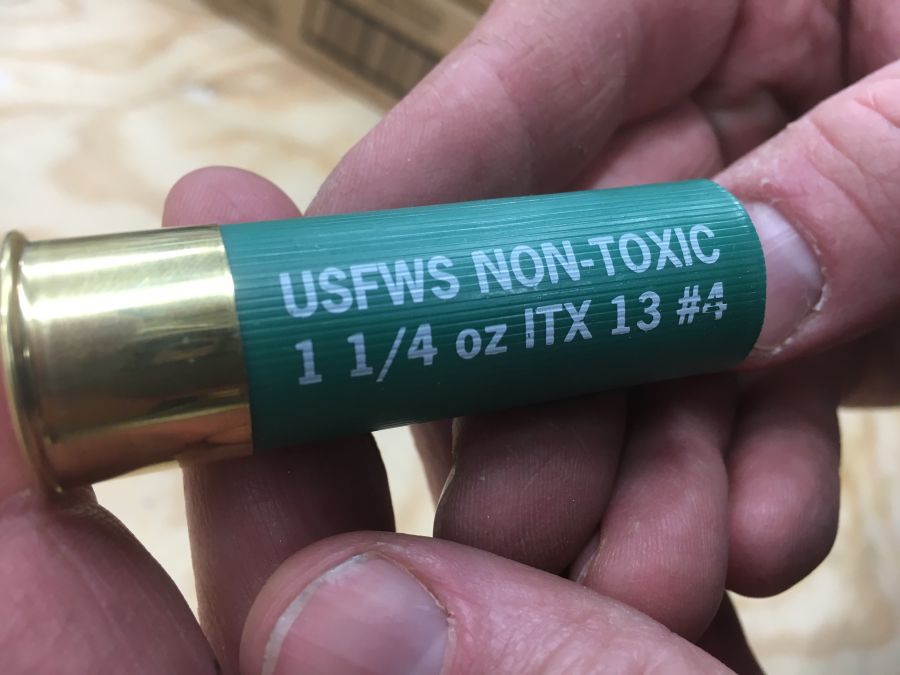 A custom-ordered load for the United States Fish and Wildlife Services. You know this stuff is good if the Feds want it. 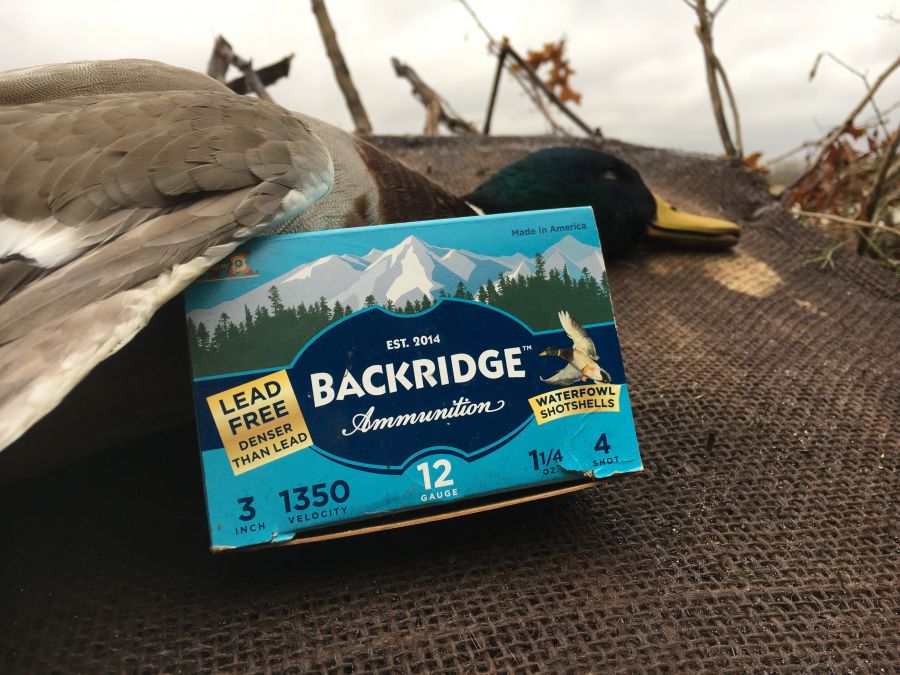 Crossing 2,000 miles and three states on a hunting trip that illustrated skill requirements of a well-rounded shotgunner.

For many years Shotgun Sports has been a primary publication when it comes to illustrating skill sets necessary when taking on all manner of clay bird targets. Learning to take out clay birds by reducing them to dust within a solid core pattern can help you develop into a much better wing shot.

However, the fact remains wing shooting tends to require its own set of additional skills. Ducks, for example, are sustained velocity sight pictures, and this becomes a bit different from the deceleration found when taking on clay birds propelled from a thrower. As is generally understood, once the clay bird hits its velocity limits and starts to drop down and away from the shooter’s sight line, it is game over for a sustained lead shooter and missed or “lost” bird is the end result much of the time.

It is not often a real-time event comes your way that allows you to take stock of exactly what skills and levels of flexibility are required taking on live birds. In this case, the targets are ducks. The event covers some nine hard days of travel and hunting in different states with very different surroundings.

With regard to basic shooting technique, the duck hunter can make use of a sustained lead system. Another technique when taking on sustained velocity targets is to simply pull through the target and, in a timed manner, slap the trigger about the time everything looks right in terms of a proper lead. A third technique is the “snap” shot, generally known as the instinctive shooter who simply shoulders the shotgun and touches off a round when the picture looks and feels right. Even before getting off the plane in Nashville, Tennessee, I realized there was a possibility I would experience some shooting situations in which I would have to change my style to meet the task at hand.

With wheels down at Nashville International Airport, a good friend, Major Adam Ziegler, owner and CEO of Backridge Ammunition, located me at the baggage claim. Within minutes, my gear was loaded, and we drove to the outer edge of the city to the new home of Backridge Ammunition, the young company I had featured in Shotgun Sports a year earlier. (Editor’s note: See July 2018 issue or call 1-800-676-8920 to order it.) Backridge had moved during the year to their newly-built, triple-sized facility with some additional acreage that was well-suited for testing and the eventual expansion of their ammunition plant.

We didn’t stay long as we had a full night’s drive ahead of us toward the state of Arkansas. With cases of specially-requested loads by Adams’ clients on board the big Ford crew cab pickup, and a select list of loads for testing and advanced performance checks in terms of some established ammunition, it was load and go within about one hour’s time. Backridge had indeed grown since the last time I observed the start-up company. Now the outfit was loading specialized loads with personalized customer logos on the shotshells and packaging as well. In effect, if it was unique, in very short supply on the world market or just crazy cool as in very different and new projectile types, Backridge was up to their neck in the product.

After running across half the state of Arkansas through freeways, backroads and two-track swamp trails with the help of my iPhone and the nice lady at the other end of the line, we located duck camp number one at about 2:00 a.m. We had landed at Strait Lake, Arkansas, and it was unload gear and sleep fast, because 5:00 a.m. was just around the corner, and ducks were the bright and early targets of the day.

Strait Lake duck camp was a well-rounded facility. The overland rigs were solid in terms of transport to the mud boats, and after running dredge waterways into the 3,000 acres of flooded timber, we found ourselves docking the boats in a good hole with tall trees and a landing grid of about 100x100 yards full of decoys. Shooting from a raised dry blind, five of us took shooting ports and, as such, I drew the low card with the worst blind position on the pond.

The winds were swirling through the tall trees overhead, but the bottom of the hole was as dead calm as glass. Motion decoys made some wave action, but observing the wind and the way it kept changing direction, it was clear incoming birds which tend to always drop straight down with wings extended would produce a game of “Guess the Targets”. I screwed in an IC tube because any shooting here was going to be in your face. I stuffed three rounds of 2¾" ITX Backridge into my Benelli Super Black Eagle II. The load had been developed the previous summer by Adams’ project-driven company. As loaded, the 1¼ oz. of #6 shot equals lead shot #5.5 or #4 but with a much larger pellet count. This meant getting enough load of shot on a fat, late-season southern mallard would be no problem at all.

With first light, a pair of mallards silhouetted themselves against a backdrop of the dark blue morning sky. Coming up for the shot, I went into my instinctive mode. When my brain says the target attitude is correct, the trigger cracks almost automatically and very often a bird folds dead in the air. With another wind switch, the birds were now coming in from behind the blind and sliding off to my left into the gunning space of my mates. With the exception of some parachuting birds, my contribution to the event was minor.

I observed some good shooting by my partners in the blind and standing alongside the hole in waders. I calculated our one-shot straightaway shots were mostly Backridge loads in the new 2¾" 1¼ oz. #6 ITX and 3" magnum loads pushing 1¼ oz. of ITX #6 at a bit more velocity in the rare event a stretch shot was made for a crippled bird leaving the hole.

This waterfowl odyssey was just getting started. With a few meetings completed with ammo buyers and discussions about logo designs for their pre-ordered loads, it was light the fires and turn the tires. This outfit was about to find new adventures someplace in the state of Louisiana. Ahead of us stood an ultra high-end camp that goes by the name of Honey Brake. By the end of the ride and on the Gulf Coast itself, the Deep South duck camp operated by my good friends, Scott and Rod Haydel, showed promise of great hunting possibilities. SS

L.P. Brezny has worked in research and development in the shooting industry for 39 years. He developed and marketed the first sub-sonic shotgun and shotshell — The Hastings Metro Gun™ System (www.metrogun.com or 605-787-6321) — and was the first to measure shotshell pellets in real time at target distances, building ballistic tables demonstrating shotshell load performance and chronographing systems that are still in use today. He also developed the Dead Ringer® high-performance waterfowl/upland choke-tube system. L.P. has been writing for various shooting publications for over 34 years.