What Features Are Most Important For Your Shotgun? 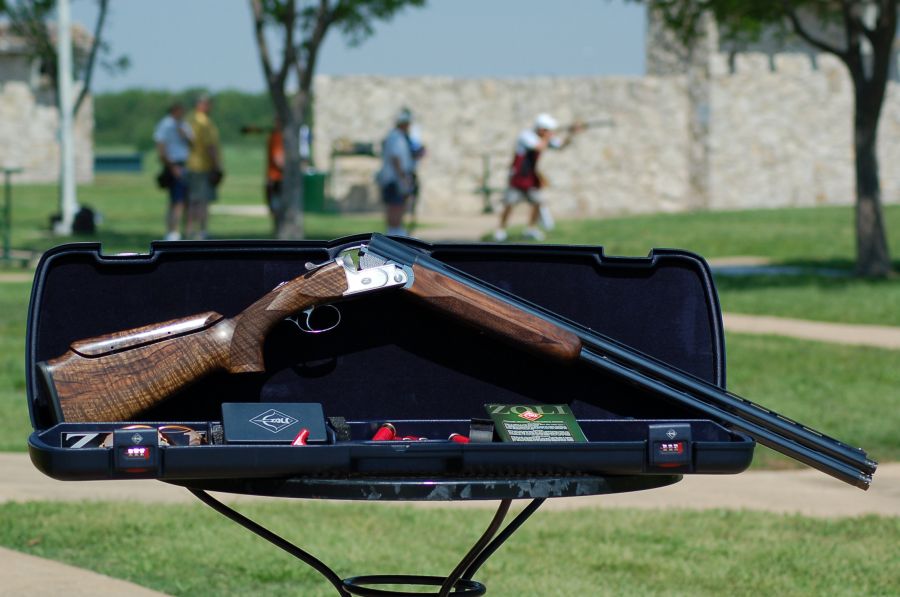 For those of you looking to find a good featured skeet gun, the one seen here made by Zoli is an excellent choice. So is the Briley sub-gauge conversion tube set seen with it. 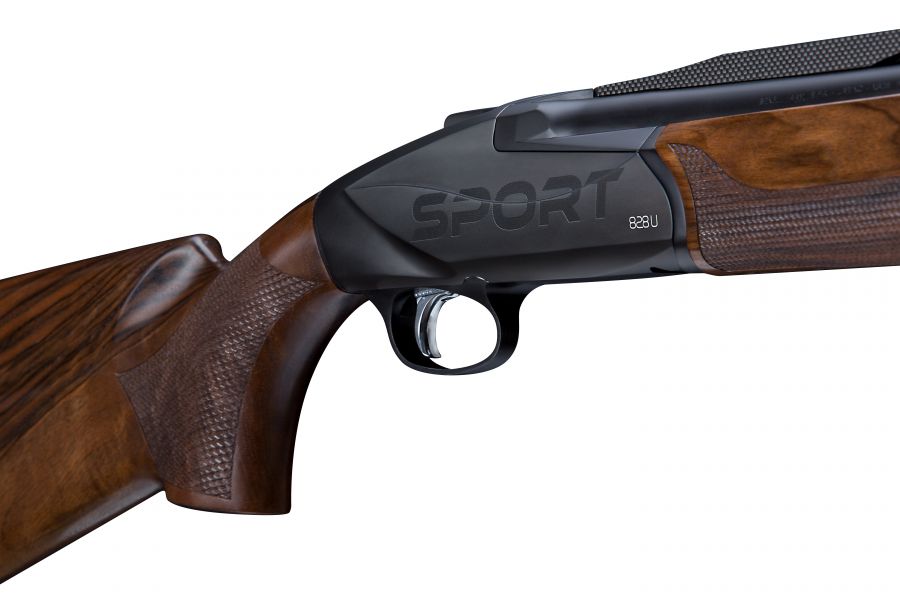 The new Benelli 828U Sport offers a unique feature of gas-operated ejectors that are hard to find, if at all, on other over/under models.

A pump-action gun such as this Mossberg is a great choice for a home-defense firearm.

What Features Are Most Important For Your Shotgun?

Almost every day on one of the online shotgun shooting chat rooms someone posts the question about which gun to purchase, and this post usually receives a significant amount of responses from all readers. However, truth-be-told, most shooters select a shotgun based on these primary factors: price, features (such as adjustable comb and rib or the number and variety of choke tubes) and availability. Since most individuals are not fortunate enough to have an unlimited budget when purchasing a shotgun, price is always a determining factor, but the good news is there is quite a good selection of shotguns for each need within most budget categories.

And, unlike a few years ago — with the advent of the internet, availability is not a limiting factor. However, many individuals like to touch and feel a shotgun before purchasing it. Consequently, this limits their options to the brands and models carried by their local retailers.

So, with price and availability all but detached from the comparison, let’s focus on features.

For upland bird hunting (which primarily includes: quail, pheasant, grouse, woodcock, prairie chicken, chukar and partridge), most of the shots are taken in the area of 25-30 yards out. For this distance, a barrel length of 26"-28" is a good option. With this barrel length, a Modified choke will do just fine. So, while most shotguns nowadays come with interchangeable choke tubes, this is a feature which can be surrendered without sacrificing performance. An over/under, semi-automatic or pump-action shotgun would be a good choice for upland bird hunting. With only needing a Modified choke, opting for a semi-automatic or pump-action shotgun will allow more shotshells to be loaded than with an over/under. Given this shotgun will be exposed to the elements while hunting, a pump-action shotgun may be more reliable than a semi-automatic shotgun but will not have the advantages of lower recoil or speed of next shot. For most hunting situations, a shotgun with a field stock is suitable as long as it fits the shooter (i.e., it is not too long or too short). Perhaps the most important feature of the shotgun for this type of shooting is the weight of the shotgun since it will be carried for long periods of time. A lightweight shotgun, or one with a synthetic stock, may be a good choice for this type of shooting.

For waterfowl hunting (which primarily includes ducks and geese), most of the shots are taken in the area of 35-40 yards out. For this distance, a barrel length of 30"-32" is a good option. With this barrel length, a Full choke will do just fine. Other than these differences, the same features identified as being important for upland bird hunting apply here as well.

A shotgun to be used for home defense will have a very short barrel which is usually between 18"-20" in length. With such a short barrel and cylinder (or zero constriction) choke, this will allow the greatest spread of the pellets in the shortest distance. A lot of true home-defense shotguns do not have a traditional shotgun stock but instead have a stock with a pistol grip. With the desire to fire many rounds, a home-defense shotgun will either be a semi-automatic or pump-action shotgun. And, many true home-defense shotguns have an extended magazine tube and sights instead of a bead. The most important feature for a home-defense shotgun is its reliability. That said, a pump-action shotgun is preferred to a semi-automatic shotgun. The reason is even the most reliable semi-automatic shotguns could malfunction, and ‘Murphy’s Law’ says that malfunction will occur at the most inopportune time.

In trapshooting, most of the shots are taken in the area of 25-40 yards out. For this distance, a barrel length of 30"-34" is a good option. With this barrel length, a choke as open as Modified or as tight as Full will work just fine. If a shotgun with a fixed choke is chosen, I recommend opting for the Full choke, as this will allow participation in the handicap trap events (as well as regular 16-yard trap). Since Singles (aka 16-yard trap) and handicap are single-shot events, a single-barrel shotgun as well as an over/under, a semi-automatic or pump-action shotgun will work just fine. In order to shoot trap doubles, an over/under, a semi-automatic or a pump-action shotgun is needed. The uniqueness of trap (compared to the other clay target games) is the target is always rising. Because of this characteristic, the most important feature of the shotgun for this type of shooting is a stock which allows the shotgun to have a high point-of-impact. A shotgun with a high parallel Monte Carlo stock or a shotgun with an adjustable comb will work well.

In skeet shooting, almost all shots are taken at approximately 21 yards (save for Station 8). Therefore, the most important feature is the choke that provides the optimal pattern at 21 yards. A barrel length of 28"-32" is a good choice when paired with a Skeet choke. If the shotgun is a true skeet shotgun (i.e., a shotgun manufactured specifically for skeet), then it most likely comes with a fixed Skeet choke in all barrels. Manufacturers have done an excellent job in producing a fixed Skeet choke which patterns quite well at 21 yards. However, if a shotgun has interchangeable chokes tubes, using the Skeet-designated choke tube will most likely produce the best pattern. Since skeet requires two shots on four stations, an over/under, a semi-automatic or pump-action shotgun is needed. The stock configuration on a shotgun used for skeet is likely to be similar to the stock configuration used for hunting. However, a true skeet shotgun will probably have a stock with a parallel comb. Either of these stock configurations will work well.

For shooting sporting clays, having interchangeable choke tubes is a must. With shots ranging from 17 to 70 yards, having the ability to change chokes throughout the round will allow the shooter to make sure the pattern is appropriate for the distance. By having interchangeable choke tubes, the shotgun’s barrel length is not a major concern. Nevertheless, I would recommend choosing a barrel length of not less than 28", with most shooters electing to go with either 30" or 32". Like skeet, sporting clays requires the need to shoot two shots, so an over/under, a semi-automatic or pump-action shotgun is needed. The advantage of an over/under is it allows the shooter to shoot two shots with two different choke constrictions, as it is not unlikely for a shooter to be presented with a very close shot and a very far shot on the same station. The stock configuration on a shotgun used for sporting clays is likely to be similar to the stock configuration used for hunting since many sporting clays shooters do not mount the shotgun to their face prior to calling for the targets.

Bear in mind, while a pump-action shotgun can be used for trap, skeet and sporting clays, an over/under or a semi-automatic shotgun are often favored. In hunting and in home defense, it is not pre-determined that a second shot will immediately be needed. Therefore, with a pump-action shotgun (which by definition requires a manual operation to engage the second shotshell), a shooter can maintain a safe environment by choosing not to load the second shotshell in the chamber. In trap doubles, skeet and sporting clays when it is required to shoot at two targets, the shooter will always take both shots. So, having a semi-automatic shotgun automatically chamber the second shotshell is an advantage. And, since trap doubles, skeet and sporting clays never require more than two shots to be taken, an over/under is often preferred.

As you can see, the ultimate purpose and use for a shotgun will largely determine which features should be most important in the purchasing decision. Making an incorrect decision can be expensive and diminish a shooter’s overall success and enjoyment. SS

Mark H. Taylor has over 40 years of shooting experience. He has won many regional, state, national and international clay target competitions. He is the author of the book Clay Target Shooting – The Mental Game and co-author of the book Break ’em All (see page 50). Mark is a NRA Certified Advanced International Shotgun Coach and a High-Performance Shotgun Coach for USA Shooting. He is a Caesar Guerini and Cabela’s (in Thornton, CO) Pro Staff shooter, and teaches monthly beginner shotgun clinics at Colorado Clays in Brighton, CO, and travels nationally and internationally teaching coaching courses and working with world-class athletes. You can email him at coloradotaylor@gmail.com.