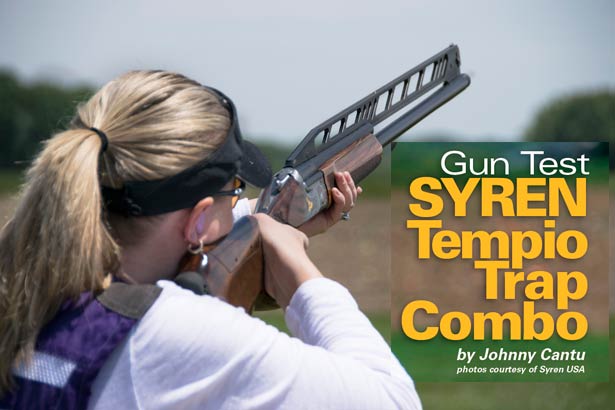 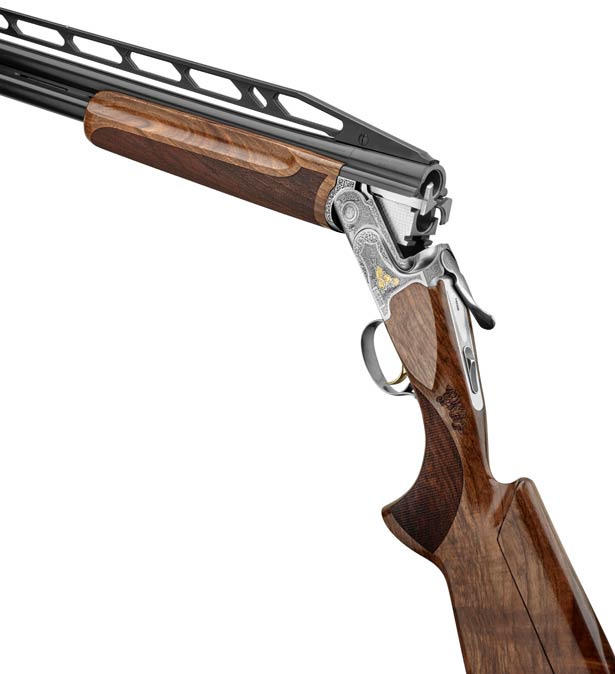 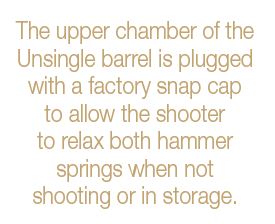 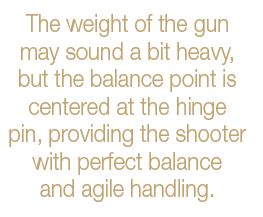 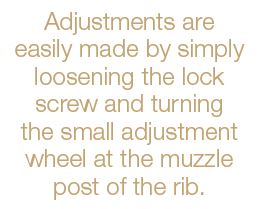 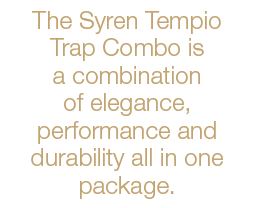 Syren, a division of Caesar Guerini, the Italian gunmaking firm, continues in its production of over/under shotguns designed specifically for women. The latest model in the line of Syren offerings is aimed to attract the female trap enthusiast, the Syren Tempio Trap Combo.

First introduced to the American market at the 2014 SHOT Show, the Syren line of over/under shotguns were the first in the market to be designed specifically for the female shooter. The inaugural models were designed for sporting clays and field hunting. Dimensions of the buttstock, as well as balance and weight, were the primary features that placed Syren at the head of the class.

It’s obvious the stock dimensions for a woman must be different for lady shooters than what would generally accommodate a male shooter. The most obvious dimension needing modification is length-of-pull. However, Syren designs their shotgun with considerably more detail with regard to the feminine clay target shooter. More pitch, more cast and a smaller grip are some of the dimensions that help the Syren shotguns provide a better fit for the female shooter. In this review of the Syren Tempio Trap Combo, I will describe the features and benefits of this high-performance, target-breaking shotgun.

Of all the features to catch your immediate attention in the line of shotguns from Syren, the most profound is the overall beauty of these guns. The Syren Tempio Trap Combo is quite the looker. The graceful lines of the receiver are highly adorned with intricate engraving, accented with the scroll motif of gold roses on both the right and left side of the receiver as well as the underside. Syren may be designed as a woman’s shotgun but anyone, male or female, would be proud to uncase this piece of art at the gun club.

The receiver is a hand-polished coin finish and protected with a surface treatment called InvisalloyTM that guards against rust and corrosion. The coin finish adds contrast to the fine lines of the engraving.

As mentioned earlier, correct weight and balance are maximized in the Syren Tempio Trap Combo. The average overall weight of the gun when sporting the Unsingle barrel is 8.6 lbs. With the over/under barrel, it’s 8.5 lbs. The weight of the gun may sound a bit heavy, but the balance point is centered at the hinge pin, providing the shooter with perfect balance and agile handling. This all but negates the feeling you’re moving a 8½ lb. gun in your hands. A balanced gun is a wonderful thing to experience, and the Syren Tempio Trap Combo is just that.

The Syren Tempio Trap Combo features a 30” over/under barrel and a 32” Unsingle barrel, both of which sport adjustable ribs, chrome-lined .735 bores and 2 ¾” chambers. The upper chamber of the Unsingle barrel is plugged with a factory snap cap to allow the shooter to relax both hammer springs when not shooting or in storage. Within the bores of the Syren, you will find 5” DuoCon forcing cones. These are a great help in reducing the sensation of recoil, as well as fatigue due to recoil. This could make or break your chances for a trophy in a long event.

Adjustable ribs help greatly in attaining correct Point of Impact for the shooter. The 12mm tapered rib on the Unsingle barrel adjusts from a low POI of 50/50 to 120 high. The rib on the over/under barrel adjusts from a POI of 50/50 to 90/10. Adjustments are easily made by simply loosening the lock screw and turning the small adjustment wheel at the muzzle post of the rib. A range of adjustment such as this will give any shooter the Point of Impact to help her crush targets comfortably from all yardages.

The buttstock and forearm of the Syren Tempio Trap Combo are made from high-quality Turkish walnut finished in a hand-rubbed oil. The upper portion of the wrist of the buttstock is attractively adorned with the Syren signature scroll roses that complement the engraving motif on the receiver. Checkering is a classic point style at 26 lines per inch. The forend is what is generally called a fluted trap/skeet style. The Monte Carlo adjustable stock is adjustable four ways and part of the DTS (Dynamic Tuning System) developed by Caesar Guerini. The adjustments include comb height, drop, offset and cast.

The trigger of any shotgun is critical to its performance. This is particularly so in a target shotgun where precise sear and hammer relationships might mean one or two extra targets in a long event or tournament, which could mean going home with a trophy or a “Glad you came.” The trigger of the Syren Tempio Trap Combo is the same great system that goes into all Guerini shotguns — the DTS system. The trigger blade is adjustable for length of pull along a range of nearly ¼” within the trigger guard and is also adjustable for take-up, over-travel. Syren offers two trigger pull weight options in their trigger and…(drum roll!) factory selective-release triggers in either single or double release.

A quick mention of the Safety on the Syren Tempio Trap Combo. It comes standard as a manual set type. An automatic setting Safety can be ordered.

The weather was in flux that afternoon, rapidly changing from what had started out as a humid day to cold and windy, with a helping of drizzle that made the targets rather jumpy. I was hoping to have a lady trapshooter give the Syren a try and also give me her impressions, but it was not to be that day.

Prior to my first round, I made some adjustment to the stock and the rib of the Unsingle barrel. I moved the comb to the right as far as I could and set the rib nearly at its highest point of the adjustment range, which meant it would print nearly a 50/50 pattern.

For my first round with the Unsingle barrel attached, I decided to use the Light Full Maxis choke. I figured that choke teamed with the 1,150 f.p.s. 1 1/8 ounce of #7½s should grind up Singles targets rather nicely. I was not disappointed. The Syren moved with fluid smoothness to the bird, and when the time came smoked the target into a small black cloud. Recoil was more than manageable. Where I normally have a fitting issue with factory stocks that are too long for me, the shorter LOP of the Syren Tempio Trap felt almost perfect.

The over/under barrel was put into action with the Light Modified in the bottom muzzle and the Modified in the top. I elected to use the 1,300 f.p.s. one-ounce NobelSport loads for both first and second shots. I was shooting on the field alone so, as I usually do in such cases, I took my position on Post 3. The first target of the first three pair the bird took a nosedive, and I thought I would lose these birds for sure. No, the agile and precise movement of the Syren Tempio Trap let me simply take a fraction of a second longer to get under the bird and then bust it! That round of Doubles went well, although I did change to the Improved Modified on the following rounds for the second shot, and that worked out better.

A couple of other shooters were curious what I was trying out that day and came over to check it out. All were impressed at the Syren’s great looks and one gent commented, “Yes, the ladies are going to like this one.” Another comment made was about the smaller grip size and how nice it felt. He even thought he might try to give his gun a similar treatment on the grip size.

At the time of this writing, MSRP for the Syren Tempio Trap with either an over/under barrel or an Unsingle barrel was $6,395 and the full Combo was $8,855. See the Syren ad on page ?? and check with the dealers in this magazine who sell Syren shotguns. Be sure to let them know you saw their ad in Shotgun Sports. SS