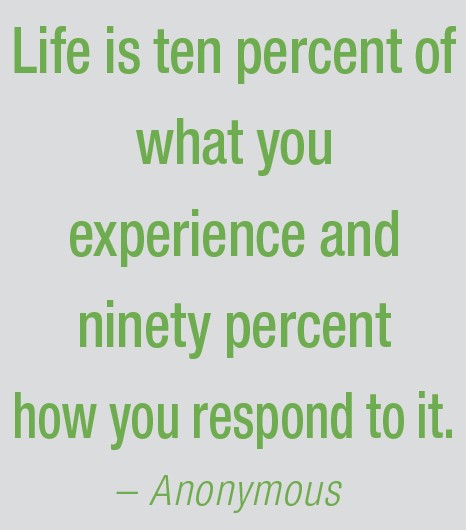 The Rhinoceros in the Room

“Life is ten percent of what you experience and ninety percent how you respond to it.” —Anonymous

There is an old meme used by psychology professors that goes like this, “If I tell you not to think of a white rhinoceros, what happens?”

The answer, of course, is that your professor just stuck an annoying thought into your head that’s not going to go away until you are focused on something else.

That same is true of songs you can’t get out of your head, but we will get back to that a little later.

Shooters work hard to develop their skills, so when it comes time to use them in a match they want to be able to have the full range available. The problem is match stress accompanies every competition and, for a variety of reasons, it tends to degrade these skills unless the shooter has a way to deal with it.

One of the most-common things stress causes is a transition of procedural memory into working memory. Basically, this means a shooter’s skill set, which is automatic in practice, suddenly becomes much less automatic due to a range of intense persistent thoughts that appear out of nowhere, especially in the beginning of a match. They are the rhinoceros in the room.

Procedural memory is the term used to signify the unconscious memory that helps in skilled performance. It is formed by technique and practice until a skill becomes automatic and is accessed without the person knowing about it. Skills such as driving to work or reading are good examples.

As a result, these skills can be recalled when needed without having to remember what to do, and the person focuses on those aspects of the environment crucial to the skill, often ignoring what else is going on.

It is not uncommon for skilled athletes who have a very good performance to not remember details later on. Often they are “in the zone”, an altered state that hyperfocuses on performance.

Stress, on the other hand, tends to interrupt the procedural memory process by both altering the perception of the performer and introducing automatic negative thoughts. This will change the timing and technique of performers if allowed to continue.

Unless these thoughts are dealt with, they continue to be the rhinoceros in the room.

Experts, people who have developed good automatic skills, usually develop several ways to deal with stress that they build into procedural memory. Beginners don’t have these advantages and have to take a different path in order to be successful at their level.

There are some excellent studies from the University of Chicago that contrast how expert soccer players and beginners handle a problem of “dual task conditions” in which they are asked to dribble through a slalom course while focusing on which side of the foot the ball was on. The expert players did as well in this task as they did when using skill alone while the beginners did much worse. The interesting thing about the study was when the experts were asked to use their non-dominant foot, there was a difference in their performances that was small but significant.

By asking the experts to only use their non-dominant foot, the researchers introduced an element of stress that was unexpected. They still did well, but not as well as when they were not stressed.

Further studies have shown the anxiety introduced by these conditions can be dealt with by a variety of means.

Learned skills don’t require constant attention on a conscious level but they do require being in touch with the environment. As a result, if there is a secondary task, such as a powerful negative thought present, then the brain can’t take into account all of the input it needs to continue the automatic skill. The result can be a momentary loss of focus or even choking if the anxiety interferes enough.

Novices require much more attention to the steps of a skill and have to go through a checklist during the performance. When the checklist is appropriate to the skill, it can often help novices learn, but if it is not germane due to the introduction of negative thoughts, then performance suffers.

The most interesting finding was that if the secondary task was skill specific, then an expert’s performance could suffer even in the best practitioners because it upset the procedural memory function. If the task was somehow not related to the skill, then it did not interfere with that skill and could have a positive effect on anxiety by producing a distracting (from the anxiety) thought.

For novices, it was different. Focusing on a skill-specific task helped them improve because it took away the concerns about the multitude of sub-tasks involved in learning a skill, as the novice only focused on one step. This happens because the anxiety a novice has is more related to performing the skill than to overall performance.

Novices need to pay attention to the components of a skill while experts are much more concerned about optimal performance when match stress occurs.

This is one of the reasons why performance might suffer when an expert is changing how they shoot. They have to go back to restructuring their component steps and lose some of the automaticity in the process. With practice, this will eventually come back, but score might suffer for a while.

Novices usually don’t worry about optimal performance; they haven’t been able to develop the performance skills needed for that. Instead, they are concerned about technique which can be disrupted due to match stress.

There are universal mental techniques that can help albeit for different reasons. A good pre-shot ritual helps a shooter organize the shot by running a checklist of things to do, using visualization to prime the skill and then calling for the target. For a novice, this can take the place of using a checklist, as the shot is occurring while experts use it to prime the automatic skill.

A novice can retain one of the steps (observing the target, for example) and let the rest just happen. Experts do the same thing, but the single thought used is probably part of the automatic skill at this point, and any secondary thought is probably going to be related to something else.

As skills evolve, a shooter performs (and scores) better. The shooting process becomes simplified (“eye on the rock, head on the stock”), and the overall goals become more complex as accuracy, precision and consistency become more important. What seemed like a matter of skill in the beginning becomes more than just shooting the target. Now you have to deal with different types of stress, and competition itself becomes more important.

This introduces different sources of stress that have to be accommodated. Negative secondary thoughts, the rhinoceros in the room, is one.

The anxiety that accompanies matches does several things. It invokes the fight-or-flight mechanism changing the way you perform your skills and it causes automatic negative thoughts to occur. We can mitigate the physiological response, but those thoughts don’t seem to want to go away.

If you let those thoughts (e.g. “My hands are sweating, I’m not able to do this; I’m going to miss”) run rampant, they will take over. But if you are able to alter them to something less toxic, they may even help the cause.

Take the “hands sweating” concern. This is one of the signs of fight or flight and, by itself, is not a bad thing. With automatic negative thoughts, it becomes a harbinger of defeat if the negativity is unopposed.

In cognitive behavioral therapy, patients learn to take these thoughts and transform them into something that does not have the same emotional effect as the original ones. With practice, a shooter could take a thought like that and transform it by knowing that sweaty palms also happen when good things are anticipated. It is simply an autonomic response to a situation that needs an alert state.

If you have reached the expert level, negative thoughts can be substituted in a way that allows the skill to prevail automatically. One of the interesting ways is to use music.

When I first started to take the Basic Life Support (BLS) class, I became nervous during the practical exam because I had to apply external massage to the heart properly. I was concerned about the timing and frequency until my instructor told me to sing “Staying Alive” by the Bee Gees, which was at exactly the right rhythm. From that point on, I was able to substitute that song for the anxiety I had about my performance.

What I didn’t realize at the time was that by having an earworm in my head, applying BLS in a life-and-death situation made it a lot easier because I didn’t have to think about what I was doing. The same can apply to match stress.

If you look at professional athletes coming off of their buses before a game, almost all of them are listening to music. They will tell you it calms them (which it does), but it can also help them get over their jitters until their skill sets take over.

There are plenty of anecdotes regarding athletes who have a song in their head just as the game starts, and it carries them through the initial stress of the game. This often becomes part of the automatic skill set that deals with match stress.

By substituting an earworm for an initial negative thought, you change the secondary thought to one that is benign or helpful as you shoot.

Match stress is a permanent part of competition, but dealing with it depends a lot on what level you are at developing your skill sets. Novices do much better if they focus on the components of technique because it helps them develop that skill. Experts don’t do well if they follow that approach. Instead, they need to find a way to change the negativity of match stress to a positive by invoking secondary attention to something that will help or at least be neutral.

All of this will take time and practice, especially practice under pressure and match experience that allows you to learn. At some point, shooters will figure out a way to avoid the worst aspects of match pressure. SS