When Is The Right Time To Consider Changing Guns? 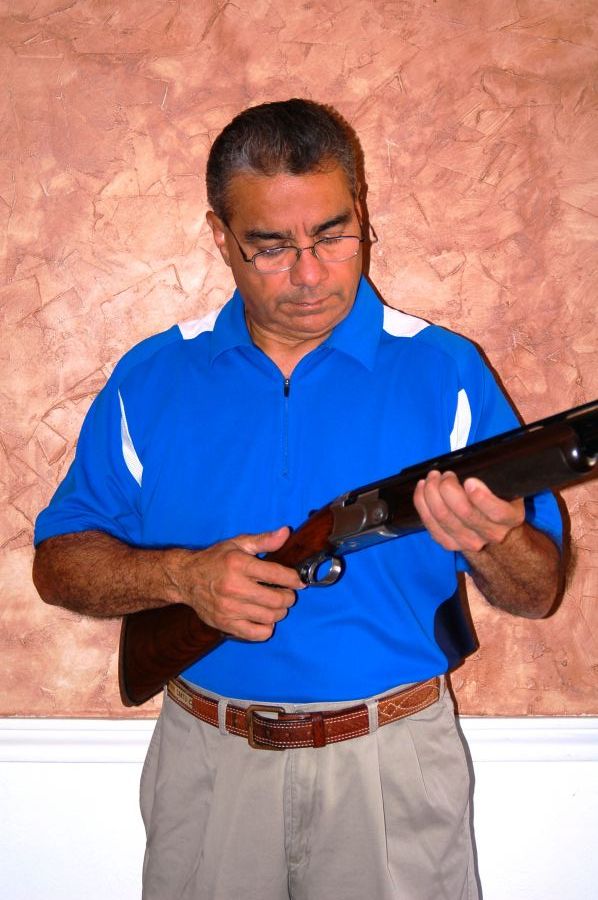 At least three or four times a year a student will show up at a clinic with a pump-action or semi-automatic shotgun with an 18" barrel, a 7-round capacity magazine and Ghost-ring sights or rifle sights. They are always quite surprised when I describe all the reasons it is not suitable for any of the clay target games. 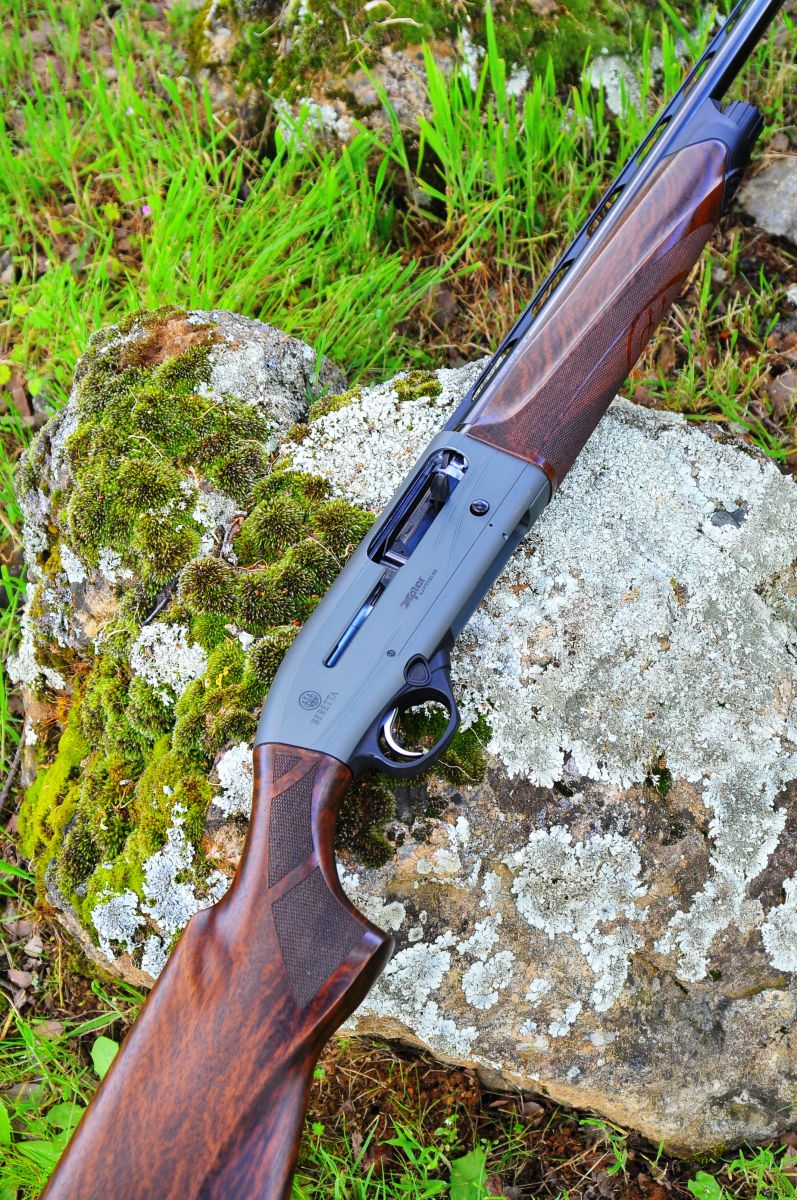 Getting a new gun is a great feeling. It comes close to that feeling of unwrapping a gift on Christmas morning. And, who among us wouldn’t love to be able to recreate that feeling?

When Is The Right Time To Consider Changing Guns?

Getting a new shotgun can be the spark which a shooter needs to improve his performance and increase his enjoyment of the sport. But, becoming effective with a new shotgun is not easy and often times requires a lot of work. However, if the “right” new shotgun is chosen, the process of switching becomes easier and the end result will be very positive. So, under what circumstances does it make sense to do this?

The wrong shotgun was purchased initially. Once a month from April to October, I put on an Introductory Shotgun Clinic which is targeted to individuals who have little or no experience with shooting clay targets. Some individuals rent shotguns from the range where the clinics are held, and others come with their own shotguns to use for the clinic. At least three or four times each year someone will show up to attend the clinic with a pump or semi-automatic shotgun with an 18” barrel equipped with a seven-round magazine and either rifle sights or a ghost-ring rear sight.

Many times these individuals are quite surprised when I educate them on why the specifications of this shotgun are not ‘good’ for any of the clay target games. Further probing on how/why they selected this particular shotgun configuration usually yields this type of response: “When I went to my local sporting goods/outdoor store, I told them I wanted to buy a shotgun. The sales clerk asked what my primary purpose will be for the shotgun, and I told them it will be primarily for home defense but I would also like to shoot some clay targets. The sales clerk said since it would primarily be used for home defense, then this is the model I should purchase.”

What usually happens next is the individual attempts to shoot clay targets with their home-defense shotgun and has a less-than-delightful experience (i.e., does not break many targets and feels the uncomfortable effects of punishing recoil). After allowing the individual to shoot enough clay targets to recognize the difficulty of shooting clay targets with that gun, I have that individual shoot clay targets with a shotgun more suited for this task. For example, a 30" semi-automatic or over/under shotgun with a modified choke, two beads and a stock with a comb which is higher than the one on their self-defense shotgun. What ends up happening is the individual then breaks targets comfortably and starts to have fun. As more targets are shot at with the proper shotgun, the individual gets ‘bit by the clay target shooting bug’ and realizes a new gun is needed. This is an outstanding (and very real-life) example of someone who bought the wrong gun for shooting clay targets initially and has a good reason to get a new gun.

The shotgun does not fit the shooter and it does not make sense to try and make it fit. Having a properly fitted shotgun for shooting clay targets is one of the most important elements required for success. Gun fit is important for two reasons: (1) it will allow the shooter to ensure the gun shoots exactly where they intend it to, and (2) it will prevent any discomfort to be caused to the shooter as a result of the gun’s recoil. There are six primary stock dimensions (Length of Pull, Drop at Comb, Drop at Heel, Drop at Toe, Pitch and Cast) which an individual can control and modify to ensure they achieve proper gun fit. A qualified stock builder can adjust and alter most of these items on most shotguns.

However, there are circumstances where alterations and adjustments cannot be made. One example would be if an individual has a shotgun with a synthetic stock. For a synthetic stock, the only dimension which can potentially be modified is the length of pull. Attempting to modify these other dimensions on a synthetic stock are either impossible or if attempted will diminish the aesthetics of the shotgun.

For a shotgun with a wood stock, a qualified stock builder can modify most, if not all, of these five dimensions to achieve the proper fit. However, there are limits to the modifications which can be done. For example, the length of pull can only be shortened so much on a semi-automatic, and the amount of actual cast change is minimal. So, there are circumstances where the required modifications cannot be done with a wood stock. Still, even when modifications can be done, the costs for these modifications might be cost prohibitive (or not feasible) for some shotguns. For example, it may not make sense to pay a stock builder $600 to modify a shotgun which is worth $500-$1000. The reason is if modifications are done, the result is that an individual has put more money into their shotgun than it is worth and may have actually reduced the value of the shotgun on the open market since there is a high likelihood that with these modifications it will not fit another shooter.

A shooter has decided to specialize on one clay target discipline. A large majority of individuals who shoot clay targets on a regular basis were introduced to the clay target sports by a friend or family member. A smaller percentage of people ventured to a public shooting range and thought the idea of breaking a clay target flying through the air looked like fun and tried it on their own or by getting some instruction. Regardless of how someone got started breaking clay targets, if they were introduced properly (shown how to correctly mount the shotgun, where to look and told to follow-through), they probably had a great time and wanted to do it again. So, in lieu of either renting a range gun or borrowing their friend’s shotgun, they went to their local sporting goods/outdoor store and bought a shotgun. If they had the wherewithal to let the salesperson know they intended to shoot clay targets with their shotgun, then they probably ended up with a shotgun configured for ‘field’ shooting.

And, like many people who are interested in taking up a new sport but are not sure they will stick with it for the long haul, they purchase entry-level (from a cost perspective) equipment. After breaking thousands of clay targets with friends, many shooters decide they prefer one game more than the others and like that one game enough to commit to an upgrade in their equipment. For example, if they decide they want to primarily shoot trap, they may look for a shotgun with a Monte Carlo stock and a high point of impact. Or, if they decide they want to primarily shoot sporting clays, they may look for a shotgun with changeable chokes and one which is easy to mount from the low-gun starting position. So getting a shotgun which is specifically made for that discipline will allow the shooter to improve more rapidly, resulting in more overall enjoyment.

A shooter loses confidence in his shotgun. Losing confidence in your shotgun can take many forms. However, when this occurs, a shooter needs to do one of two things: (1) Make the necessary changes to regain the confidence, or (2) get a new shotgun. One of the primary reasons a shooter can lose confidence in his shotgun is when the shotgun starts malfunctioning. For example, this can happen when a semi-automatic fails to feed the second shell, or when an over/under will not reset the second trigger, or when an over/under releases both firing pins when the trigger is pulled once (i.e., an over/under fires both barrels at the same time when the trigger is pulled) on an irregular basis.

When any of these situations occur, it becomes very unnerving to the shooter, whereby the shooter is thinking more about the functionality of the shotgun than the fundamentals of hitting the target. If changes can be made to permanently fix these problems, that will have the result of restoring a shooter’s confidence. However, this confidence may not come back quickly as it will take hundreds (if not thousands) of rounds to verify the problem is fixed such that a shooter can focus on the target and not the functioning of the shotgun.

Another situation where a shooter can lose confidence in his shotgun is when they shoot a different gun and shoot it well. For example, a shooter may find himself admiring another shooter’s shotgun and be invited to try it. After shooting it, and shooting it well, he feels as if in order to continue his progress in the sport, he needs a new shotgun — similar to the one he tried and shot well. Often times, what happens next is: (a) every time he picks up his shotgun, he dwells on the deficiencies, and (b) whenever a target is missed, the thought goes through his mind “If I had that other shotgun, I would not have missed it” (instead of analyzing what fundamental was deficient that resulted in the miss). Unlike the first situation, where confidence is lost due to a mechanical issue, when confidence is lost due to the second situation, it is almost always in the best interest of the shooter to get a new shotgun.

Getting a new shotgun is fantastic! For the avid clay target shooter or bird hunter, it is the only thing that comes close to resurrecting the feelings of unwrapping a present on Christmas morning. And, who among us would not like to recreate that feeling. However, the learning curve with any new shotgun can be steep. ATA All-American and Hall Of Fame shooter Frank Little acknowledged the fact it takes most shooters upwards of 5,000 rounds to get-used-to (and become proficient) with a new shotgun. So, individuals should be cautious about making the decision to switch shotguns too quickly. Nevertheless, there are some good reasons to go forth and make that change, and the four described above fall into that category. SS

Mark H. Taylor has over 40 years of shooting experience. He has won many regional, state, national and international clay target competitions. He is the author of the book Clay Target Shooting – The Mental Game and co-author of the book Break ’em All (see page 50). Mark is a NRA Certified Advanced International Shotgun Coach and a High-Performance Shotgun Coach for USA Shooting. He is a Caesar Guerini and Cabela’s (in Thornton, CO) Pro Staff shooter, and teaches monthly beginner shotgun clinics at Colorado Clays in Brighton, CO, and travels nationally and internationally teaching coaching courses and working with world-class athletes. You can email him at coloradotaylor@gmail.com.